“It’s a beautiful day in the neighborhood…” this iconic opening theme from the the beloved children’s show Mr Roger’s Neighborhood aptly describes my birthday spent in our Bregenz “backyard.” It was a weekend filled with art, music, delicous food, and nature’s beauty that can only be found nestled in “our neck of the Rhine Valley.” On Friday Franz and I began our weekend quest with a visit to a museum that I had long wanted to see in the Bregenzerwald called the Juppenwerkstatt in Riefensberg. The gallery holds an extraordinary collection of the traditional dress of the Bregenzerwald and highlights the involved process entailed in the making of the intricate textile and clothing as well as the culture of this fairytale region. I am now a big fan of this special little museum. 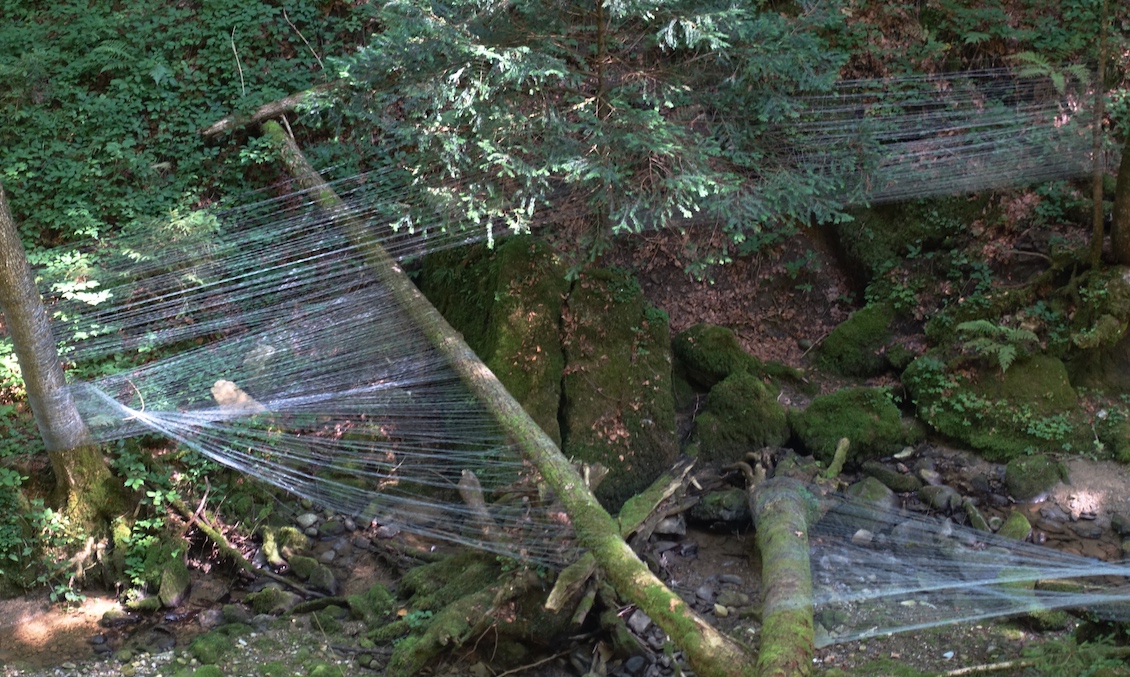 The August heat was a gift for the farmers fields of corn and hay but I slowly wilted under the suns relentless rays. We sought refuge in a nearby water gorge near Krumbach that was invitingly cool and a much welcomed respite from the rising temperatures. And what a find it was. Small and stylish. At the bottom of the ravine we were enchanted to come upon a site specific art piece that was installed using fishing line to weave patterns in and out of the tree trunks. The filtered light peeked through the overhead canopy and highlighted the repeating strands that created a magical mood. After our short jaunt we sauntered over to a gemütlich (homey) restaurant, the Krumbacher Stuba, intending to have a light salad but after eyeing the specialty of the region, a cheese Kässpätzle, we just had to have that. When in the Bregenzerwald one has to do as the locals do.

Green pastures with languid cows grazing along the KäseStrasse (cheese street) graced the road leading back to Bregenz. Our next stop was the Vorarlberg Museum to view another exhibition that had been on my list titled Wacker im Krieg or Wacker at War. Rudolf Wacker (1893-1939) was a well known local artist who documented his life in Bregenz and his experience in and after WWII. I found the show compelling and it was touching as it paralled the accounts of the war and prison camp life that I had heard from several men of that generation who had also served in the conflict. I highly recommend it. 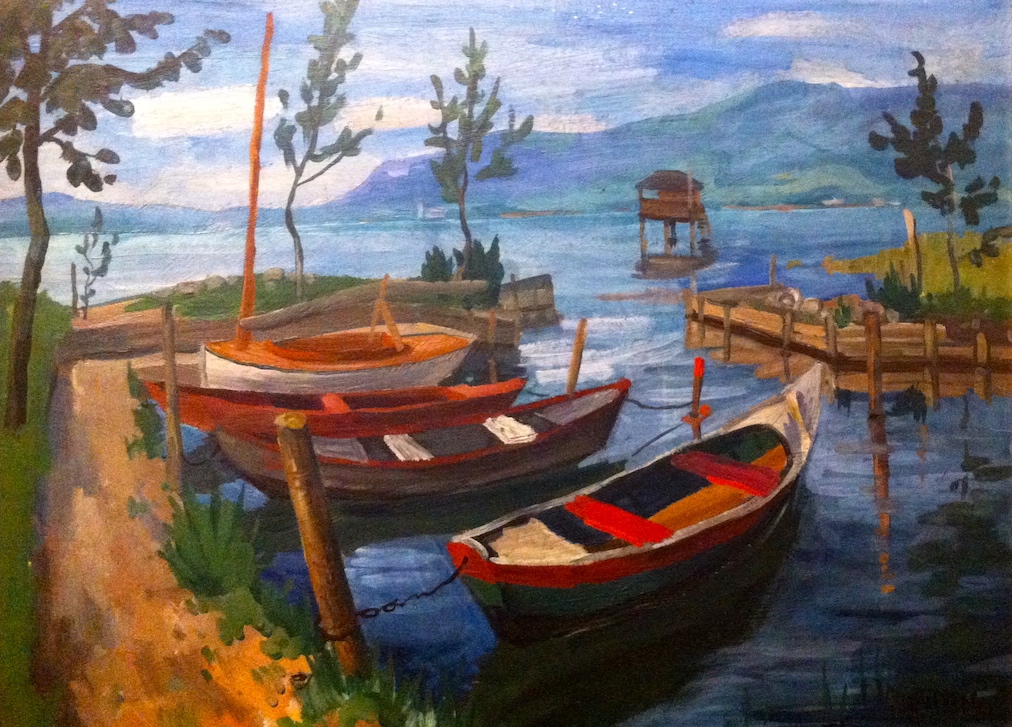 The sailboats rocked gently as the halyards clinked against the masts and the seagrass tickled our feet. The orange orb in the sky was setting on our eventful day as we floated in the refreshing Bodensee waters in nearby Hard. Revitalized we sought out the waterside Italian restaurant of Ristorante Margarita sul Lago where we met a close friend and enjoyed a tasty tuna fish carpaccio and a favorite Truffle pasta dish. Franz, food, and a friend. A perfect ending for a perfect birthday. 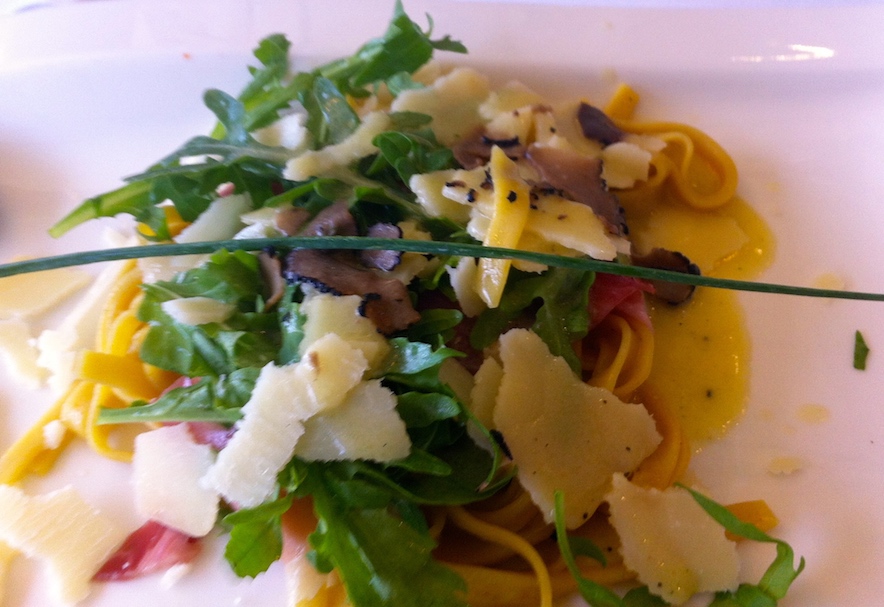 “It’s a neighborly day in this beauty wood, a neighborly day for a beauty, Would you be mine?…” these sweet lyrics to the beloved show Mr Roger’s Neighborhood kept coming to mind as we continued our weekend excursions in the “hood.” We woke up to another sunny Saturday and got an early start on another wooded “schlucht sucht” or gorge search. Our itinerary for the day took us across the border to Southern Germany in the Kleinwalstertal to one of the deepest water gorges in the Bavarian Alps and in Central Europe called the Breitachklamm. The magnificent gorge had been carved out by the Breitach glacier for a mere 10,000 years! It had been some time since I had last visited and I looked forward to marveling again at the wild waters that flow and swirl down the Eigenkopf rock faces sculpting the stone into elegant formations. As I took in the grandeur of mother natures work the words of the song came to me again “I have always wanted to have a neighborhood just like you, I’ve always wanted to live in a neighborhood with you…” 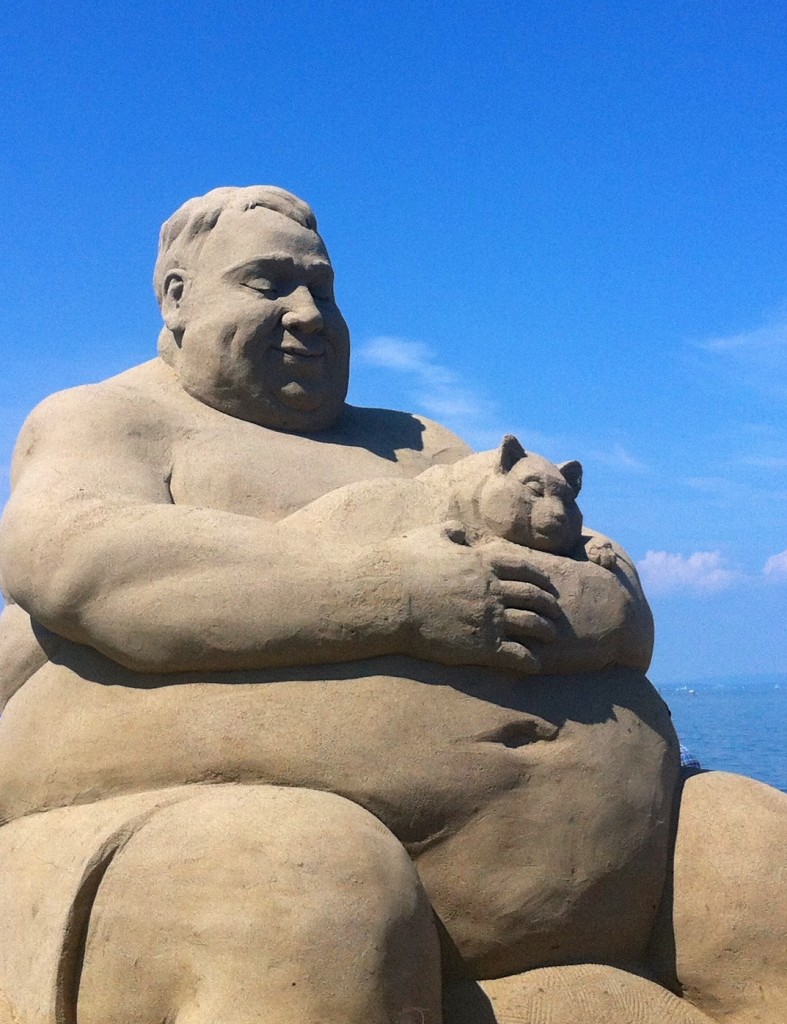 “Let’s make the most of this beautiful day…” crooned Mr. Roger’s and that we did as we took in the beauty of Buddah on the shores of Lake Constance. Siddhārtha sat with his eyes closed and lips curved upwards bringing a wide smile to his calm face. His clasped hands gently held a sleeping cat nestled on his ample belly. The serene bodhisattva crafted by a team from Russia had taken first prize at the 20th International Sand Sculpture Festival in Rorschach, Switzerland. And what a sensitive portrayal it was. As were all the other entrants hailing from many countries of the world. The theme of the 2018 competition was “All You Need Is Love” and it was a much needed balm for our troubled times. It was a relaxing Sunday afternoon admiring the talented vision that took the unassuming medium of sand to create such superb works of art. 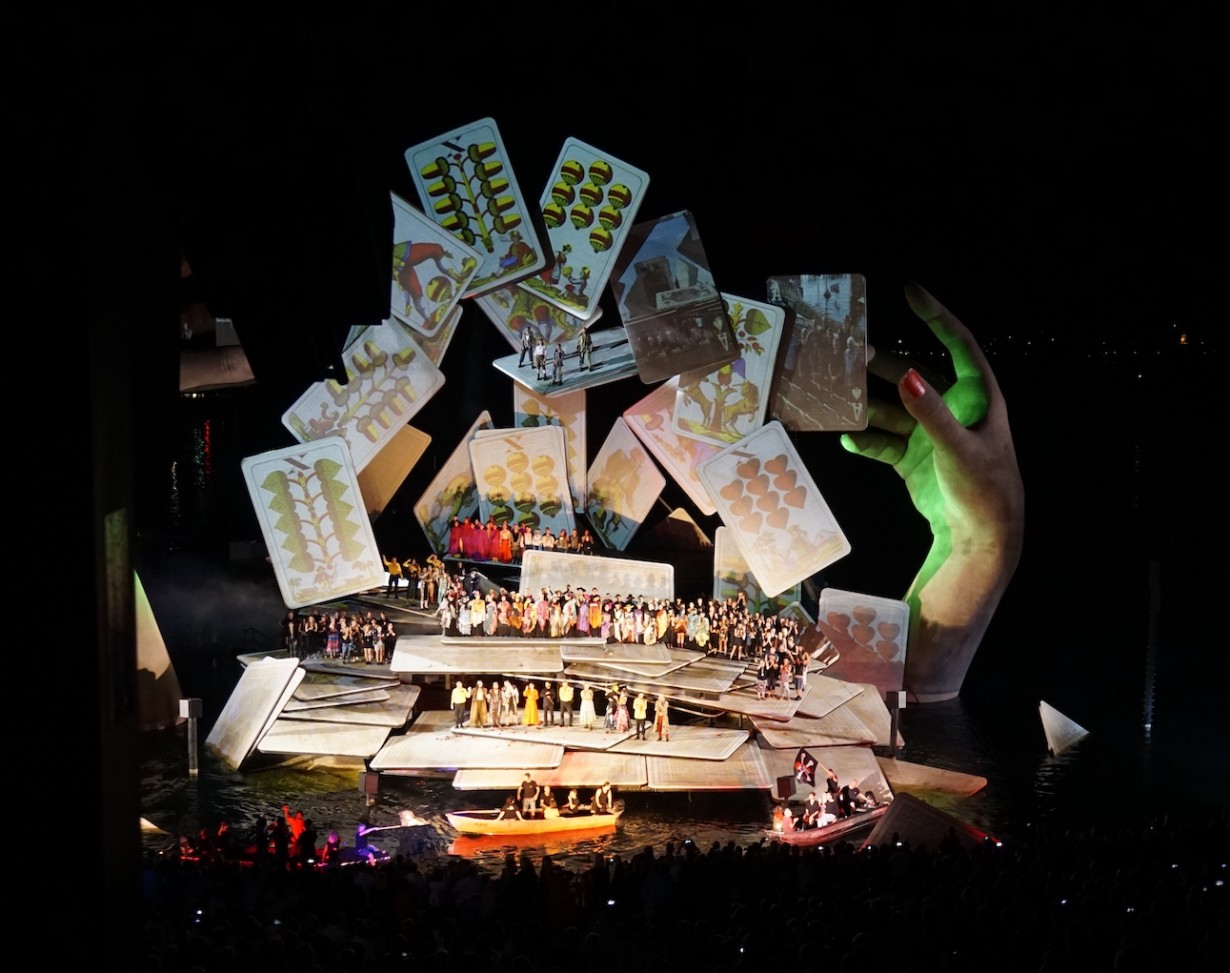 Our day was still not done. The evening brought both culinary and musical delights as we dined at my favorite restaurant in Bregenz, Chen’s, where we indulged in Asian fish specialities paired with a fruity Sauvignon Blanc courtesy of our lovely friend Maureen. For dessert we enjoyed an evening of opera with the Viennese Symphonic Orchestra serving up Georges Bizet’s Carmen at the Bregenzer Festspiele on Lake Constance. The opera was an extravaganza filled with “diamonds, death, and spades!” and the superlative performers and stunning floating stage were truly magnifcent. What a beautiful birthday weekend in the neighborhood!