After our short jaunt to Venice our next stop on our whirlwind tour of the Veneto region was the city “where the world’s most excellent tragedy was performed” at the World Heritage site of Teatro Olimpico (Olympic Theatre) in Vicenza Italy. For me this side excursion was more of a pilgrimage. As some of you know in my work English Alive Theatre I have written and my students have performed my adapted fairytale musical theatre pieces and other plays as well. So for me visiting this testament to beauty of the performing arts was exhilarating to say the least. The theatre was designed by the renown Italian Renaissance architect Andrea Palladio in 1580-1585 and his theatre creation was based on a classical Roman theatre that he adapted into an elliptical form complete with a semi circular seating area and “is one of the oldest surviving theatre stage sets still in existence.” It was here that Sophocles’ Oedipus the King was performed in 1585 for the grand opening of the theatre. And it must have been beyond magnificent.

Unfortunately Palladio died before he could see through the construction of his masterwork project. The stage was designed and the work completed by the Vincentine architect Vincenzo Scamozzi. The elaborate stage set that he designed with its trompe l’oeil street scenes visible through the central archway and his innovative use of perspective views within his work was nothing short of breathtaking. I was in awe of the grand scale and richness of the interior and felt the need to whisper as if I were entering a sacred space.

After visiting this architectural wonder we set out to admire some of the other 23 buildings that Palladio designed within the beautifully preserved city center that has profoundly influenced European architecture and other countries worldwide. Among some of the highlights were the Renaissance Basilica Palladiana in the central Piazza dei Signori with its 1172 Gothic clock tower, the Torre della Bissara that stands at 82m high, the Chiesa di Santa Corona, an austere church that dates to the 1200’s and was built to house a thorn relic from Christ’s crown, the Loggia del Capitaniato with its characteristic four column facade where we viewed an exhibition titled Non Dimenticateci! about the Italian involvement in World War I and the devastating trench warfare and the tragic loss of life. The city of Vicenza is quite a treasure waiting to be explored and is well situated for walking to appreciate this tribute to the finest of Italian architecture. 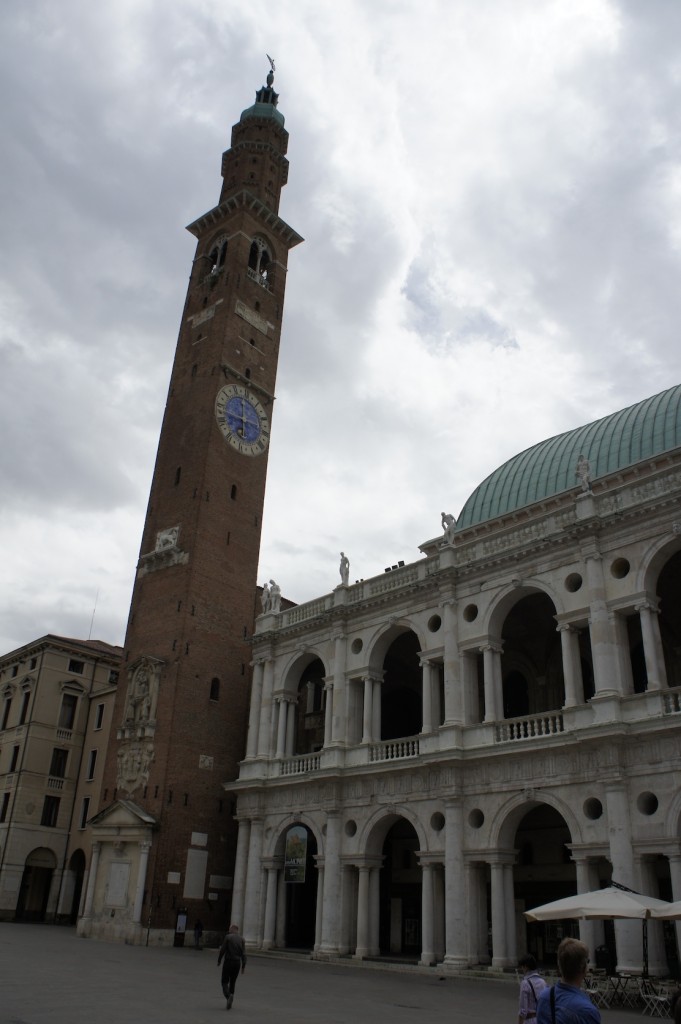 Strolling and Cruising through Venice, Italy, 5-2014