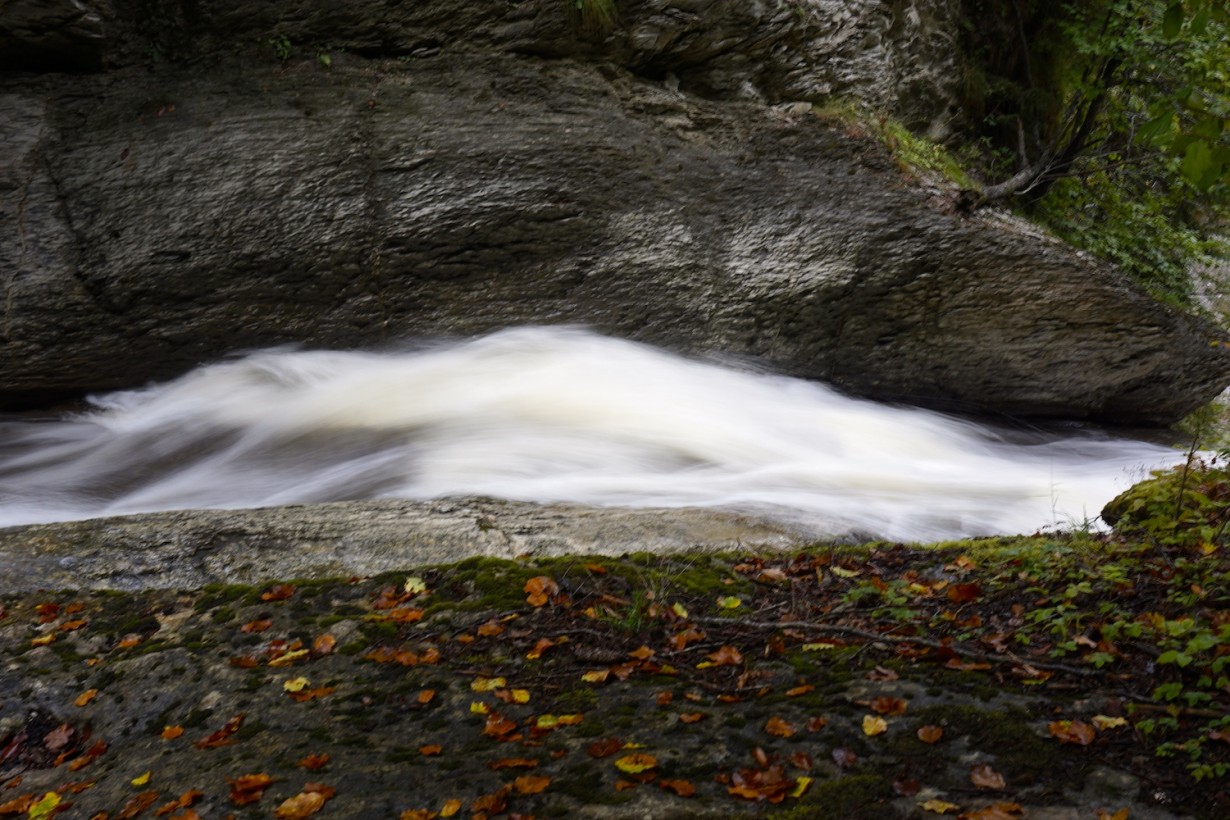 The rushing waters of the Starzlach were tinged coffee brown from the sediment rushing down the canyon as it crashed and cascaded down the rocky falls and echoed off the canyon walls making for a roaring symphony. The power of good ole H2O gaining energy as it descended 1070 m from the Grünten and Wertacher Hörnle peaks was a sight to see. After several days of late summer rain we sought out the Starzlachklamm water gorge near Sonthofen, Germany that we had heard about from a local man after we had hitched a ride back to our car after exploring another gorge in the Allgäu called the Hausbachklamm. The gentlemen had described it as dramatic with fossilized rocks embedded in the canyon walls and even in the heat of the summer he said he had gotten cold. But the gorge lived up to his description and it was a hike well taken. A word of warning, the path is rocky and mossy and quite slippery when wet so exercise caution but this may not be the best choice for someone with limited abilities. But that said happy hiking!