The aged surface of the skull was intricately painted with tendrils of ivy and flowers adorning the precious piece. Details from its past life were carefully scribed in old German with a Maltese Cross placed just above the vacant eyes that gazed forever into eternity. Who was 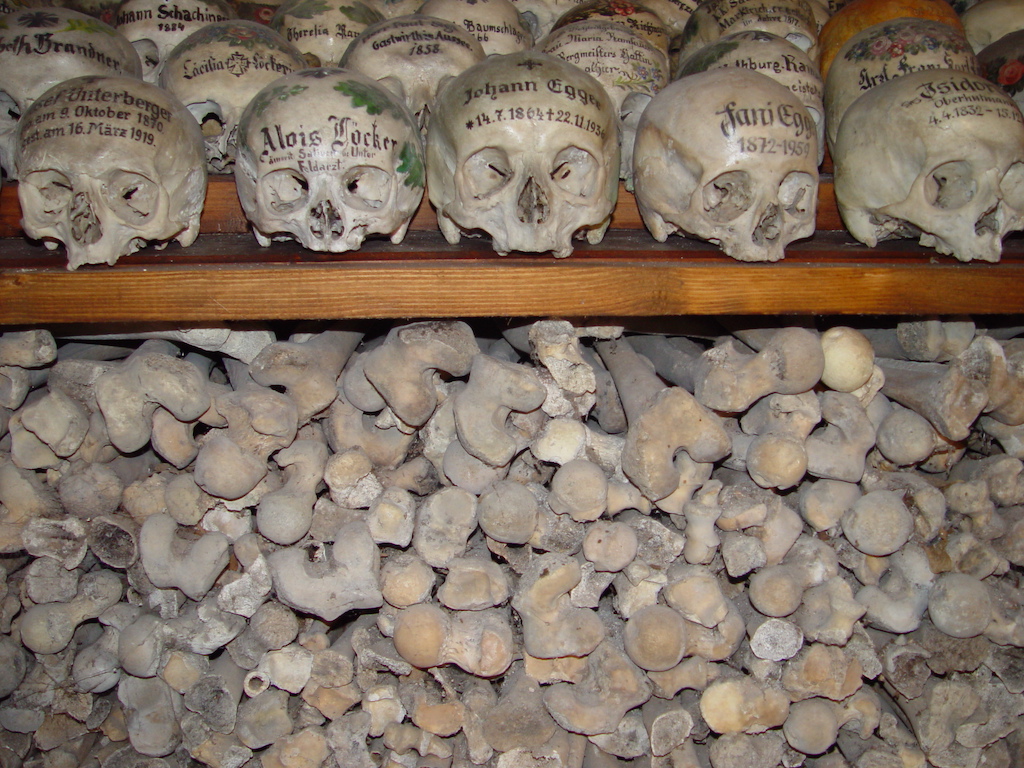 this person who had inhabited this skull? And who were the others that rested in the small room below the St. Michaels Church overlooking Hallstatt Lake in Austria. This candlelit ossuary has been the resting place for many of the former residents of the small town with over 700 painted skulls and 500 undecorated ones that have been carefully arranged in family groupings. This unique collection of skulls in the Beinhaus (Bonehouse) is the largest of its kind in the world representing a long tradition of the Hallstatt people in honoring their dearly departed in this unique manner. 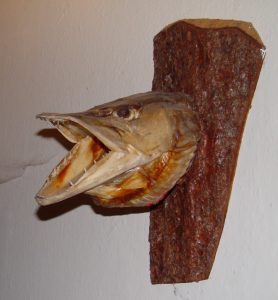 The charming village called “the Pearl of Austria” occupies a narrow space between the steep granite faces of the Dachstein mountains and Hallstatt Lake. The emerald waters plunge to 126 meters and runs 5.9 kilometers long making it a popular destination for scuba diving. Its depths is home to a aquatic treasure the Reinanke fish that is found here and in only one other lake in the region and makes for some delicious eating.

Soaring peaks preside over this idyllic setting and hold another hidden cache of wealth deep inside the cavities of the dark stone. Hallstatt is the site of the earliest known salt mine in the world and this valued white mineral has been mined here since 5000 BC. The area in and around Hallstatt has been inhabited continuously from Neolithic times with both Celts and Romans establishing their roots here. Acknowledged for its universal value it has been recognized as a UNESCO World Heritage Site for Cultural Heritage. The pristine beauty and recreation possibilities of Hallstatt and the greater Lake region of the Salzkammergut has since earlier times been sought out by the nobility. It was the choice for the summer residence of the former Austrian/Hungarian Emperor Franz Joseph and his court who had established elegant estates in the region and today it continues to lure visitors from around the world. The Chinese have even gone one step further and have replicated their own version of Hallstatt in the province of Guangdong.
http://www.spiegel.de/international/europe/xeroxed-village-chinese-secretly-copy-austrian-unesco-town-a-768754.html 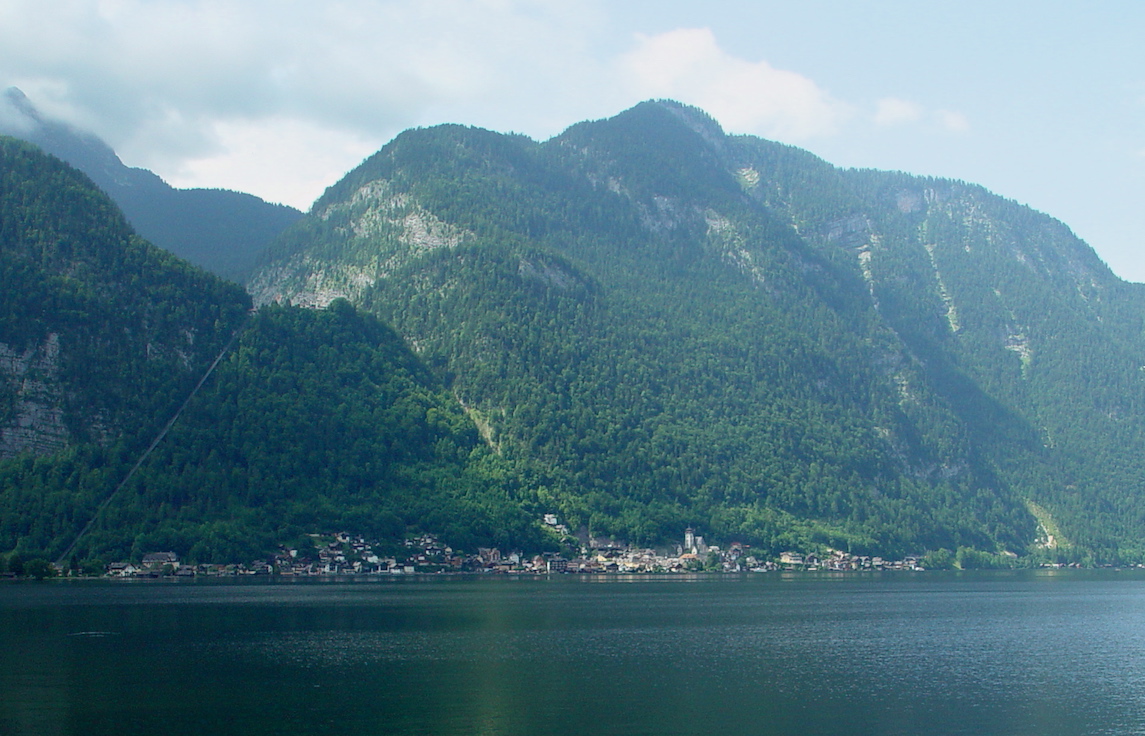 Despite its diminutive size the town has a informative museum that traces its historical roots and the importance of salt and iron to its development. The Hallstatt Museum exhibits a rich display of iron goods and Celtic artifacts that offer a  look into its fascinating past. Two other places of interest are the touring of the local salt mine complete with an underground lake and the other entails boarding a cable car, or hiking, up to the stunning Dachstein Ice Caves. They both offer a special exploration into the beauty that lies within the caverns of these limestone alps and definitely merits a visit. Another highly recommended excursion is our restaurant of choice the Seewirt Zauner. This Gasthaus is known for its regional fish specialities and one can indulge in the delicate Reinanke and enjoy a glass of fine Austrian wine. Yummy! In addition to its cultural offerings there are many opportunities to participate in sporting and outdoor activities that abound in the region. Hallstatt is a sparking gem among of the riches to be found in the Salzkammergut region. 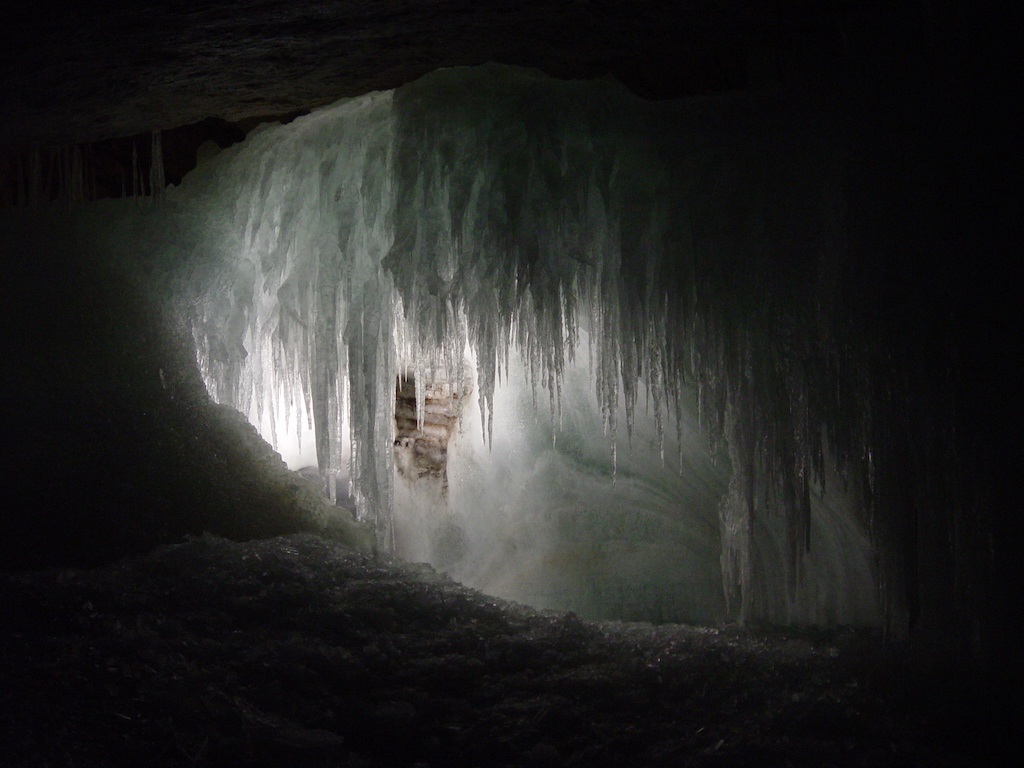 The Kitzlochklamm, a Spectacular Gorge in Salzburg, Austria, 8-2014

Scaling the Marmolada by Via Ferrata, Italy, 9-2014